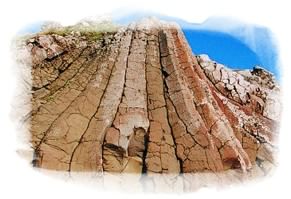 The soil formation in penghu is mainly influenced by climate and geology distribution. Soil distribution and category is quite simple, too. Its soil is mostly formed by basalt and coral reef. Different coasts are influenced by different tides and sea winds and therefore form different kinds of soil. Generally, we divide them into two categories: the ancient geology layer soil, and the basalt geology layer soil. The former is mainly formed by feldspar with sodium held; and secondly formed by mica, amphibole, and augite; and is neutral plus acidity soil. The latter is mainly formed by basalt, calcium feldspar and augite. It belongs to neutral plus basicity soil.
展開/收合
top