On the 20th, the high-speed passenger ferry “Natchan Rera” set off for its first trial operation to Magong from Tainan’s Anping Harbor, carrying 505 travelers to Penghu. Penghu County Magistrate Lai Feng-Wei indicated when attending the welcoming ceremony, that it was usually the low season for Penghu after the Mid-Autumn Festival, but “Natchan Rera” subverted the impression of “hibernation” for Penghu’s tourism in autumn
winter, allowing for more convenient transportation tourism to Penghu while introducing more travelers.

At 9 am on the 20th, Natchan Rera carrying 505 travelers headed out from Anping Harbor and arrived at Magong Harbor by 11:30 am. Penghu County Magistrate Lai Feng-Wei personally arrived there to welcome travelers from Tainan and wished them a pleasant tour on their 3-day and 2-night itinerary.

Lai Feng-Wei indicated that the reactivation of the sailing route for “Natchan Rera” from Tainan to Magong has a historic meaning, as the passenger ferry operation between Tainan and Magong in the past including the Happy Princess, Petrel No. 1, Super Star, Uranus, and Star of Today was discontinued for several years, but “Natchan Rera” has made the marine route appear again today.

Lai Feng-Wei indicated that appreciation must be given to Lion Travel, who endeavored to make the marine route between Tainan and Magong possible, as well as for the support towards Penghu tourism from the Taiwanese folks.

General manager Pi-Sung Chen from Lion Travel indicated that “Natchan Rera” is positioned as a tourism ferry, which will begin regular trips starting from March next year; 3 trips will be available per week according to the demand, and additional trips from Tainan to Magong will be available during the Chinese New Year, providing promotional tickets and seat reservation for Penghu civilians who live in Tainan, offering them with a 3-day and 2-night tour as well as visiting relatives, thereby catering to the local residents.

With the epidemic influence this year, people are unable to travel abroad, and Penghu is the most popular place in the domestic tourism market. The Uni-Wagon Marine Co., Ltd. spotted the domestic Penghu tourism business opportunity, and applied to the Maritime Port Bureau for the operation on routes including “Taichung-Penghu” and “Anping-Penghu”, while the collaboration with Lion Travel is based on the trial operation of the route between “Anping-Penghu”.

“Natchan Rera” features a displacement of 10,700 tons, with a ship length of 112m, capable of accommodating 774 passengers, carrying 350 small passenger vehicles or 190 small passenger vehicles and 33 large vehicles; it is equipped with 4 strong-horsepower water jet engines and a maximum sailing speed of 50 knots; the unique twin-hull ship body design is capable of withstanding winds up to scale 9 on the Beaufort Wind Scale and waves less than 5m. It only takes about 3 hours of sail from Tainan to Magong, which is speedy and stable. 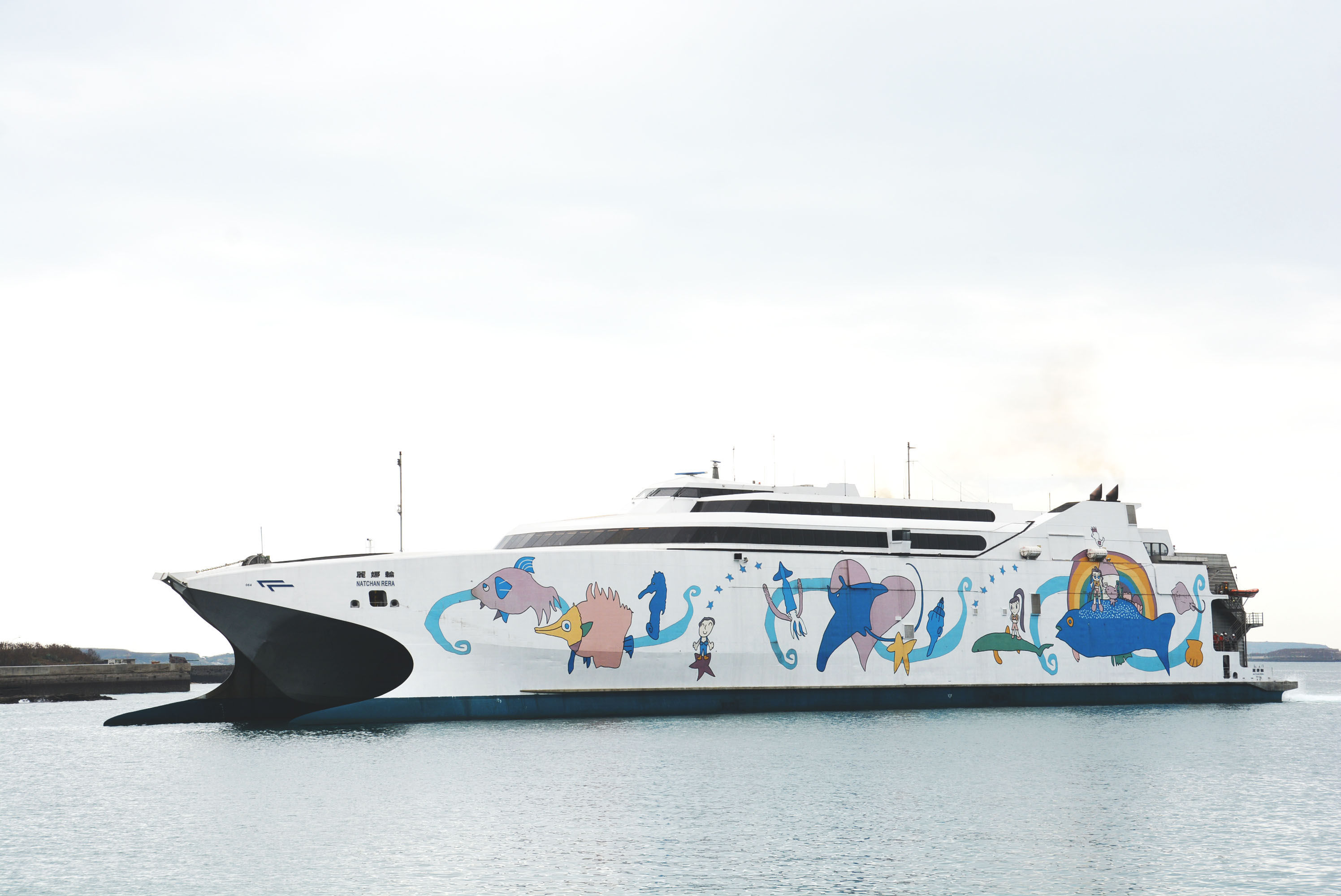 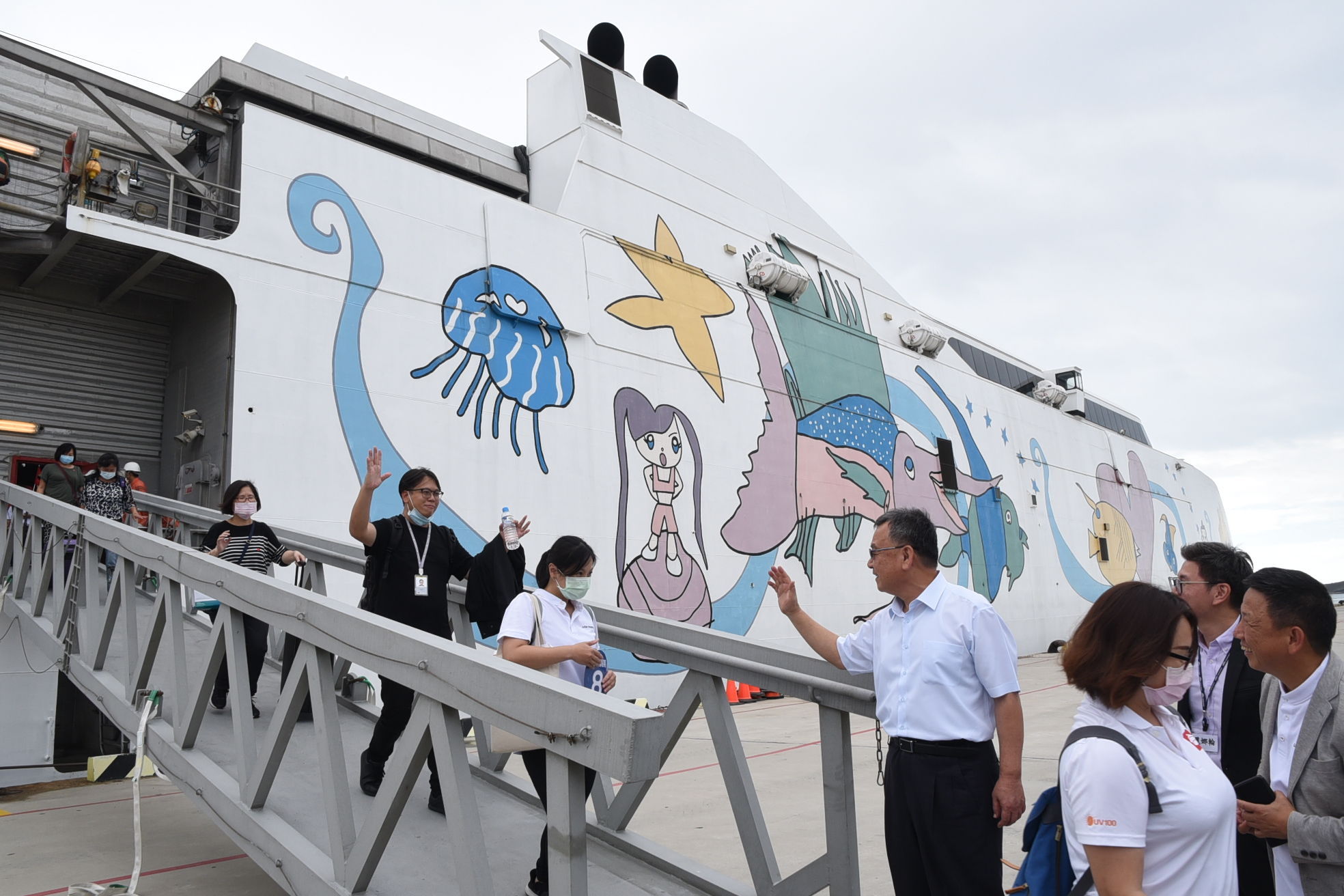 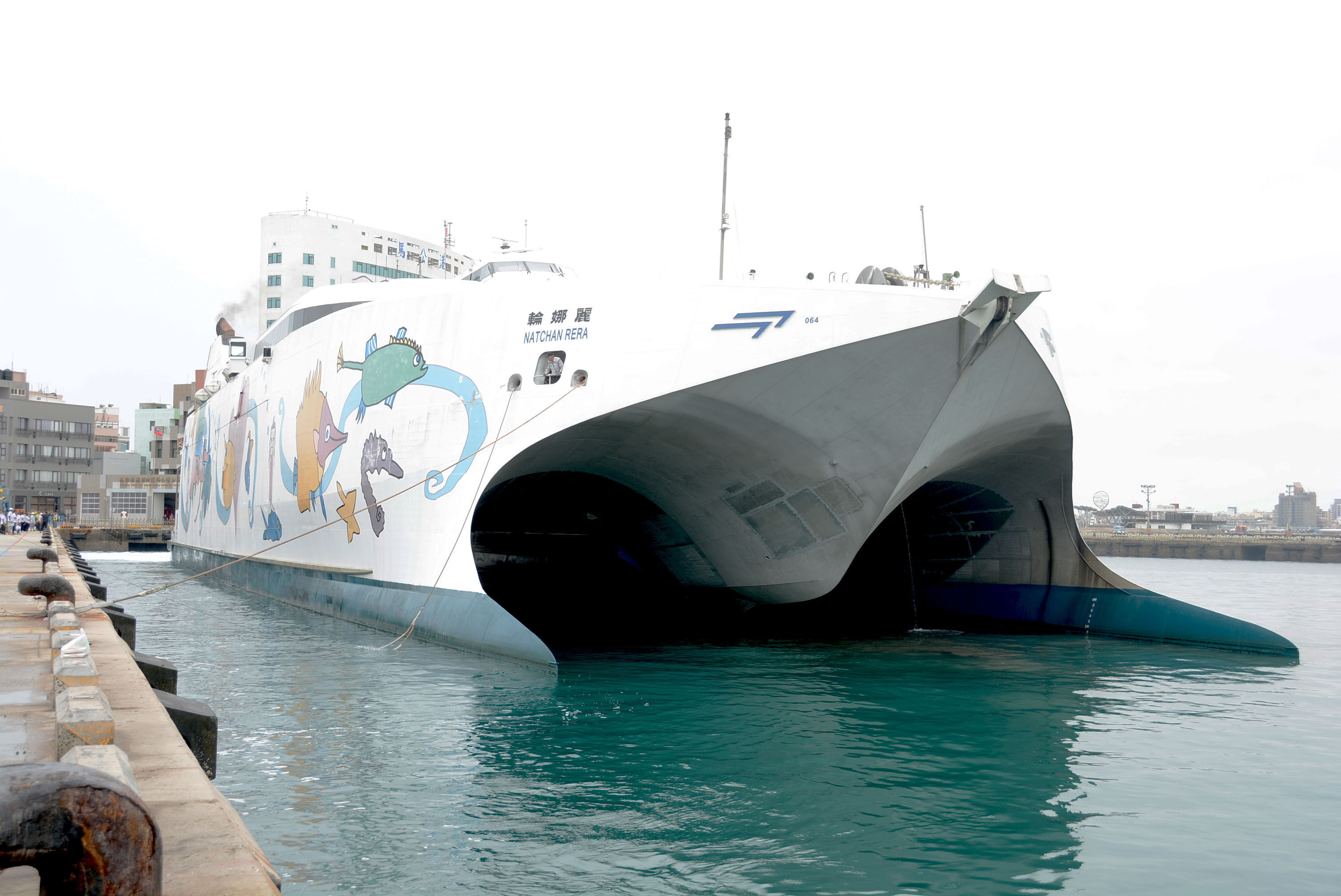